So here are my final gems. They’ve been selling really well on Etsy, which is awesome because I’m funneling that money into more projects. I’ve got my process after the jump but you can also check out my RPF thread to see more work in progress pictures and some more explanations. Also check out my store to see my prices.

These gems are from Steven Universe and are meant to be used for cosplays, but the same process could use used for anything similar. 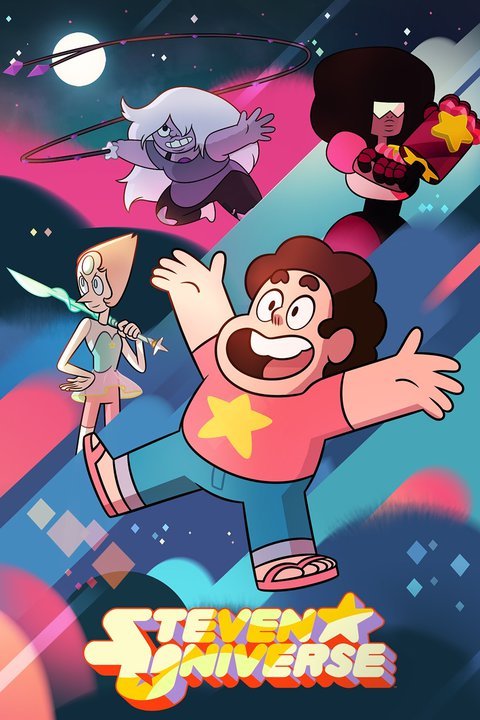 I started off using the Tinkerine printer to spit out some super simple gems. I modeled these in Maya, luckily they’re pretty simple so I didn’t have much trouble doing so, I made sure to smooth them enough to round out the edges of the gems. It took a few tries before I got the right sizes. 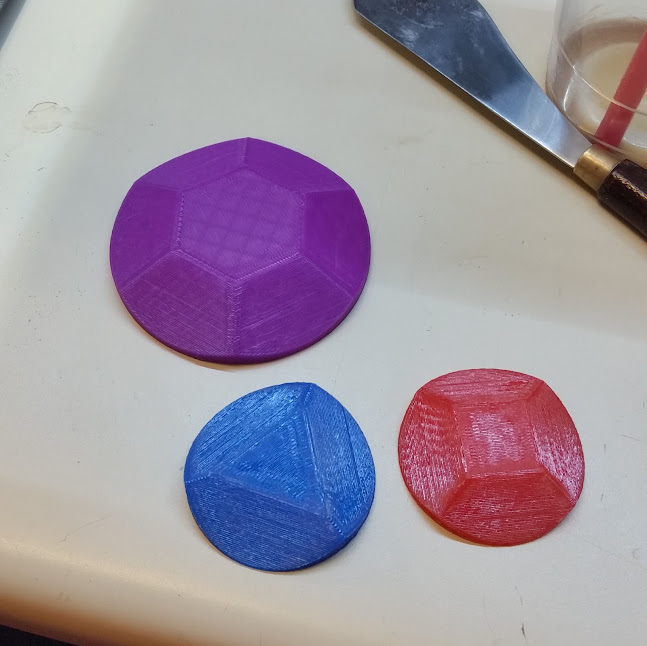 I used layers of spot putty and automotive filler primer to fill in the print lines. This is pretty simple, much labour intensive, fill, sand, spray, sand, repeat. I worked from around 200 grit sand paper down to 1800? I found it best to double the grit anytime you go from one paper to another, if you go from say 200 to 1000 without anything in between you’ll end up with deep gouges in your finish, even if feels smooth while sanding, you’ll see them. I used these beer bottles and some hot glue so I could spray the gems easier. For these specifically I wanted to keep the faces of the gems very flat and the edges nice and sharp, so I did a lot of sanding against my glass desk with the paper facing up, flat against the glass. This helped me avoid the curves my hand could naturally have put in to it. 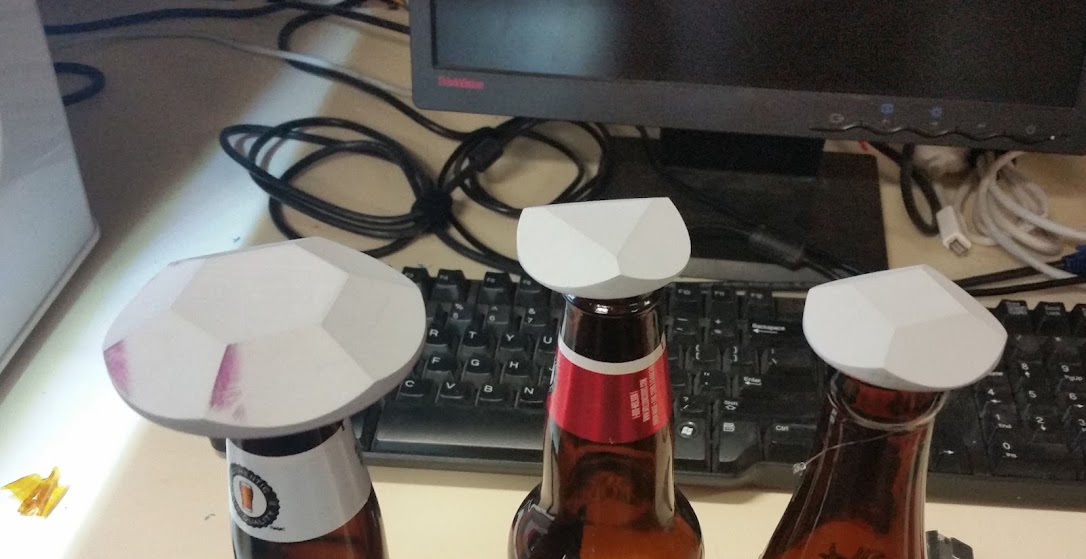 I accidentally left these gems on my window sill, they were sprayed with a red primer and so they soaked up a bunch of the sun which warped the 3D printed interior. I had to do some emergency filling and sanding to fix them. 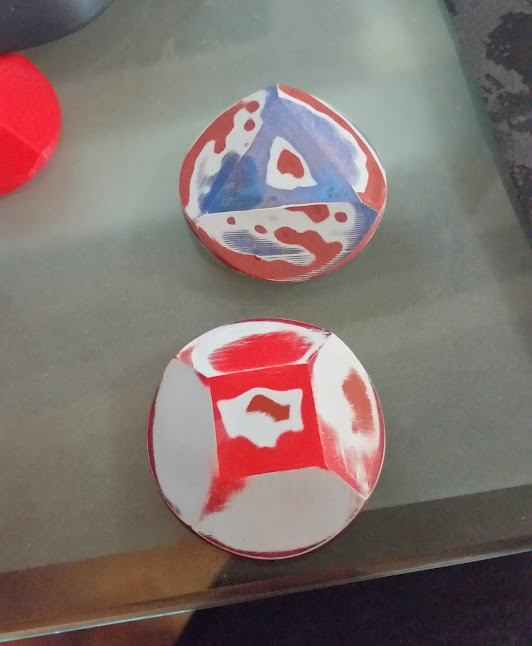 Once the masters were ready, I glued them down to some foam core, built a wall around them with cardboard and covered them in Mold Star 16 (available at Fibertek), after 45 minutes the silicone was cured and I was able to flip them upside down and crack off all the cardboard. This left me with a flexible reverse of my masters. Next up is casting, I used Crystal Clear 202 (also from Fibertek) tinted with transparent dyes. It took some trial and error to figure out the right amount of drops of dye to use, the one in the middle here was me trying to combine red and blue to make purple, it just never worked right. Instead I ended up grabbing the line of So Strong Tints, these are more opaque than the transparent ones if you use too much but they have a violet colour that did the trick. 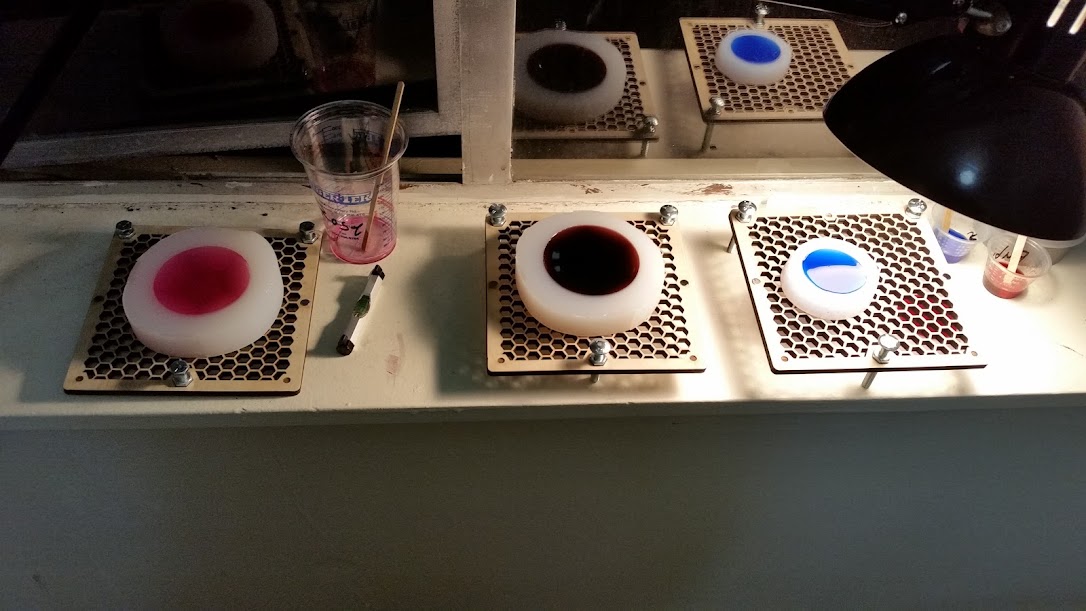 These gems are meant to be glued on to fabric or skin, so I wanted to be sure that they had a flat back, so each gem gets a good sanding. I’ve been using 60 grit to get rid of the majority of the material as fast as I can, then 200ish grit to smooth it out, but it doesn’t need to be perfect. I also want the gems to stay bright and cartoony, like the show, so I went with a white backing (instead of a mirrored back with silver tape which I found darkened them) so I masked off the edges and fronts and gave them a spray with gloss white. 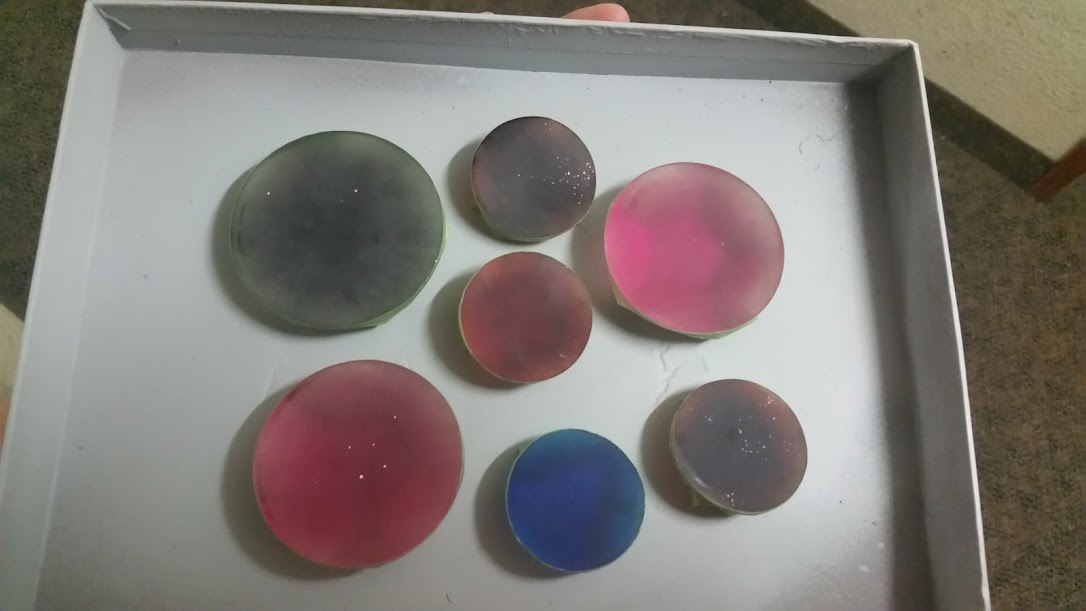 This is my assembly line of clearcoating, I forget who suggested it but someone said to use Future Floor Finish (available at most grocery stores in the cleaning isle, look for wood cleaners), it’s actually really good, it’s runny so you’ve got to dab off the excess but it leaves a great smooth, hard and shiny finish on the gems.

I built the “drying racks” out of 3 layers of EVA foam hot glued together, I then stabbed holes through them to fit the gem sticks. I made the sticks out of wooden stir sticks from Starbucks, I just broke them in half and glued them together to make them a bit thicker and sturdier. I hot glued them gently to the backs of each gem in order to dip them without touching them. It’s important to let them dry as flat as possible so the clearcoat doesn’t pool. 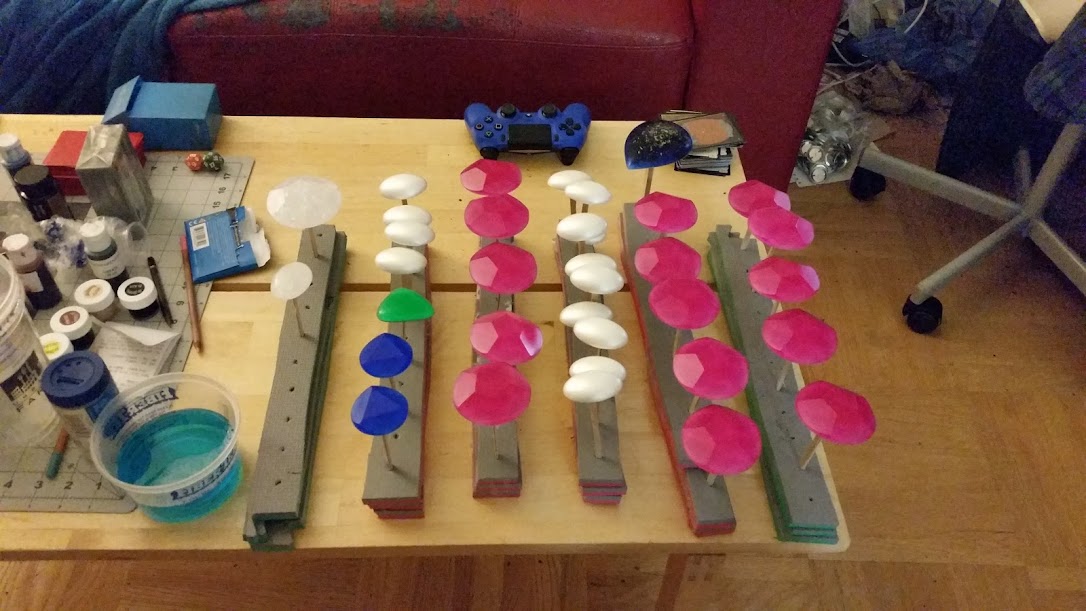 I also tried some different methods of pouring, since all of these are based off of real stones, I wanted some that were a bit closer to the real thing, and less cartoony. This one is meant to look like a Lapis Lazuli stone, so I crushed up some gold leaf, and streaked some black dye through it once I poured the stone. This one came out too dark with too much gold, but it still looks cool. 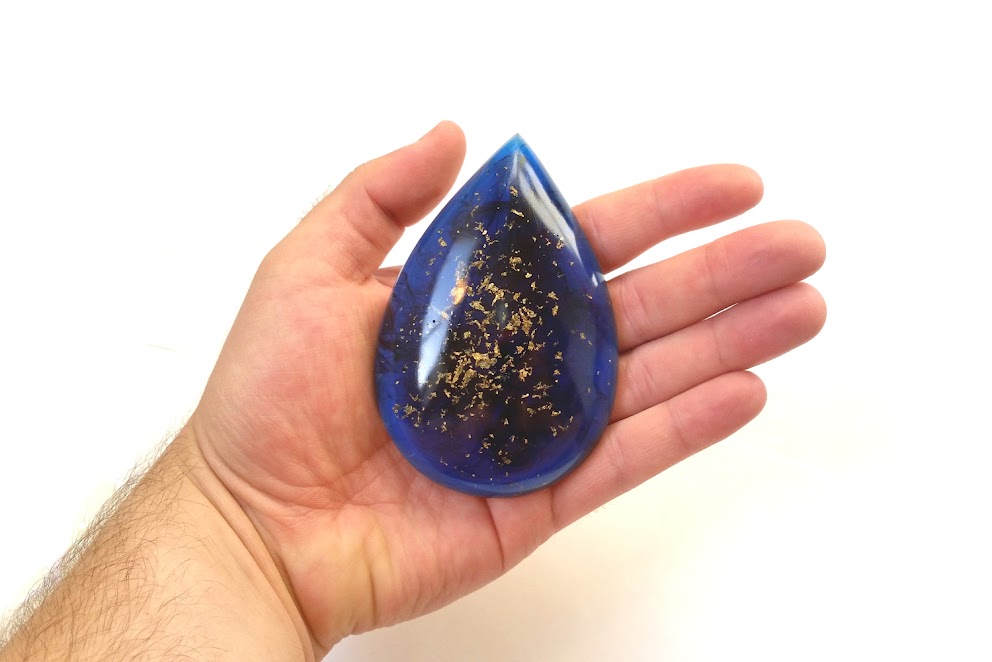